At their Annual General Meeting the ICCJ member organizations elected the ICCJ Executive Board for a tenure of the next three years:

An introduction of the newly elected Executive Board will be published on the ICCJ website after the constitutive meeting of the Board.

Dr Philip A. Cunningham has been appointed ICCJ Honorary President

APPOINTMENT OF DR PHILIP A. CUNNINGHAM AS ICCJ HONORARY PRESIDENT 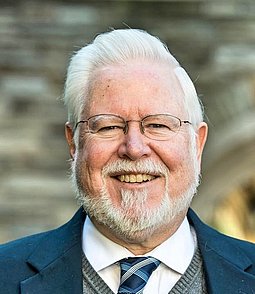 Phil Cunningham is one of the leading Catholic scholars and theologians today, with regard to the Christian-Jewish relationship. He has written widely and profoundly on the subject. Recognizing him as a master craftsman with words, the ICCJ has used his talents to craft several important statements, such as the 2009 Berlin Document, “A Time for Recommitment;” ”Let Us Have Mercy on Words,” a 2010 response to the Palestinian Kairos Document; the 2013 document on the Middle East conflict, called, “As long as you believe in a living God, you must have hope,” and many more. The recent book, “Enabling Dialogue on the Land,” which was published in 2020, was the product of a research project spearheaded by Phil, called “Promise, Land and Hope.”

But it is not only as a man of words that we appreciate Phil’s contribution. As Vice-President of the ICCJ from 2008, and then later President from 2014 to 2017, he was involved in designing and carrying out the programs for our international conferences. Two of these conferences reflected his special engagement. The 2015 conference, held in Rome to mark 50 years since the publication of Nostra Aetate, included a special Papal audience with Pope Francis. The following year, in 2016, we held an especially large conference in Philadelphia, on the campus of St. Joseph’s University, where Phil is Director of the Institute for Jewish-Catholic Relations. Under his leadership, the University commissioned and erected a modern sculpture called “Synagoga and Ecclesia in our Times,” blessed by Pope Francis, as a fitting response to the sea change in Christian-Jewish relations in the 20th and 21st centuries.

Phil has served on the Advisory Committee on Catholic-Jewish Relations for the United States Conference of Catholic Bishops. Active within the US member organization of the ICCJ, the Council of Centers on Jewish-Christian Relations (CCJR), he has served as the webmaster of their Internet resource "Dialogika".

We feel that Phil, in all his work, has been a steady partner and friend for all of us. We would like to show our recognition of all that he has done by appointing him Honorary President of the ICCJ. We hope that he will continue to work with us for many years to come.

SIGNED BY THE EXECUTIVE BOARD OF THE INTERNATIONAL COUNCIL OF CHRISTIANS AND JEWS (ICCJ) MARTIN-BUBER-HOUSE HEPPENHEIM, MARCH, 2021