Elijah is delighted to announce (yet) another book publication, the last one for 2020. The book, titled "Judaism’s Challenge: Election, Divine Love and Human Enmity", is part of Elijah’s ongoing work in the field of Jewish Theology of Religions. 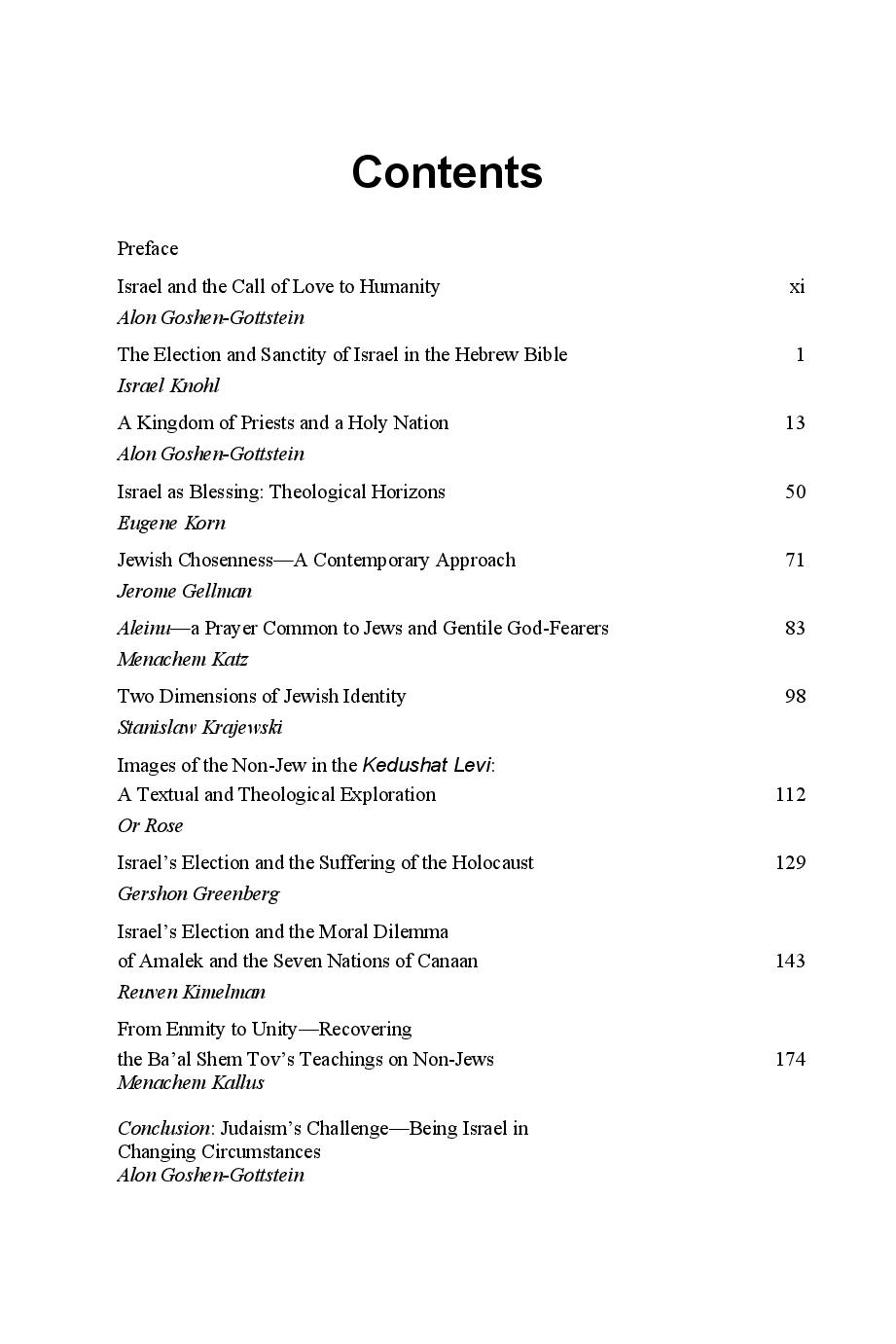 Sharing Wisdom – From the Introduction to Judaism’s Challenge

One cannot think of Judaism without taking some stance relating to Israel’s special status, its election. The present collection highlights the challenges that Judaism faces, as it continues to uphold a sense of chosenness and as it seeks to engage the world beyond it—nations, as well as religions. The challenge is captured by the dual implication of election: divine love on the one hand and enmity with others on the other. Israel’s election, mission and vocation are played out within this tension of love, grounded in God and extending to humanity, and the opposite of love, as this finds expression in Israel’s relations with others. Israel must work out the purpose of its election and its realization in history in the tension between these two extremes. This challenge takes on great urgency in the context of advances in interfaith relations. These lead us to reflect on the meaning of Israel’s election as part of developing a contemporary Jewish theology of world religions.

The present project grows out of a self-aware educational initiative. At its foundation is a series of contributions that were intended for educators to advance discussion, reflection and creative thinking regarding Israel and its particularity. An educational and contemporary focus requires us to state what is the historical context within which the discourse takes place. More specifically, what is the problem against which we explore what it means to be Israel and how it relates to the other that is non-Israel? Educational challenges are affected by an understanding of the hour and its challenges.

We come then to the point of articulating the contemporary context and challenge against which the reflections gathered here were offered. The entire project has emerged out of the recognized need to advance a Jewish conversation in the field of theology of religions and the recognition that exploring Israel’s vocation and its relations with other people and other religions is essential to the agenda of a contemporary Jewish theology of religions. If earlier articulations of Israel’s status and being were informed by the competitive and polemical situation that governed relations between religions in earlier times, the present volume has its birth in a more irenic moment in the relations between religions.

The relationship between “being Israel” - the question of “election” - and other religions is not a simple one on one equation. It is not as if some understanding of Israel will necessarily open up to other religions, while other understandings will not. The complexity of Israel’s identity as people and as the carrier of a religion leads to various permutations of peoplehood and religion. Attitudes to other religions are informed by multiple factors: scriptural, theological, historical and more. Still, the question of Israel’s relations with other religions cannot be tackled without some reference to how “Israel” is approached, theoretically, existentially and psychologically.

The educational, psychological as well as philosophical challenges related to Israel, its vocation and positioning on the stage of history should be considered more broadly and in relation to other contemporary realities. At least two other such realities are relevant to the present collection. The one is the existence of the State of Israel. While Israel the people and Israel the State should not be identified in a facile way in theological terms, there is a strong case for pondering the significance of the establishment of Israel, the State, in terms of the fulfillment of long term aspirations relating to Israel, the people. Various ideologies and theologies have been attached to the establishment of the State that stand in continuity or dialogue with traditional understandings of Israel, the people, and its historical mission and vocation. It is therefore both an educational and theological challenge to consider Israel’s vocation from the particular vantage point of the establishment of the State. The challenge is doubled when this very perspective is also associated with the view of other religions, considered from the vantage point of Israel’s political independence.

The title of the present collection derives from my own reading of what can be heard from the ensemble of essays. Rather than another collection of essays on “election”, I discover in the present offering a means of framing the challenge that faces Judaism, as it continues to uphold a sense of chosenness and as it seeks to engage the world beyond it - nations, as well as religions. The challenge is captured by the dual implication of election, placing Israel in the tension, dynamic and complexities of divine love on the one hand and enmity with others on the other. Israel’s election, mission and vocation are played out within this tension of love, grounded in God and extending to humanity, and the opposite of love, as this finds expression in Israel’s relations with others. Election involves Israel in both contradictory dimensions - love and hate. Israel has to work out the purpose of its election and its realization in history in the tension between these two extremes.

Exploring election through the lens of divine love, its challenges and its limitations opens us to a consideration of the different circumstances within which love, and its opposite, are affirmed. Such exploration is essential to taking stock of our beliefs and attitudes to others. It forces us to consider Israel’s special relationship with God, its vocation and its relations with others under changing circumstances, good and bad, painful and hopeful. Those changing circumstances also include the present-day opportunities created through advances in interfaith relations and how Israel’s special calling might be considered within this particular circumstance.

From Religious to Political Leadership - Monthly Learning and Prayer Meeting

Elijah Interfaith Institute, in cooperation with Praying Together in Jerusalem, invites you to an interfaith prayer and learning gathering on Thursday November 5 at 6 pm Israel time (11 am EDT).

Topic for the event: “From Religious to Political Leadership”

To register and receive the link to the Zoom meeting, please fill out this form.

We will hold open group conversations based on featured clips from the Coronaspection project, taken from interviews with the following leaders.

It was recently announced that Elijah Board Member, Former British Chief Rabbi Jonathan Sacks, was diagnosed with cancer. Rabbi Sacks is currently undergoing treatment. The Elijah Interfaith Institute wishes Rabbi Sacks a speedy and complete recovery, and encourages everyone to keep him in their prayers. May we soon receive positive news regarding his recovery.